“Ultraviolence” is a term that was coined by the writer Anthony Burgess in his extremely well-known novel titled “The clockwork orange” (1962) and it describes the “gratuitous violence” par excellence, “violence for violence’s sake” taken as a passtime, whim, hazard, absurd, or macabre play. As a side note, it is of interest its analogy with the Kantian concept coming from the idealist aesthetics of “art by art’s sake” in which art itself needs no further explanation and advocates a libertarian character. Lana del Rey titled her second studio album “Ultraviolence” doing a remarkable tour de force that does nothing but delve into her antifeminist premises of passivity and ambiguity towards gender-based violence, which was made clear by her “Born to Die” debut album -the title speaks for itself- and that she developed on the homonymous song, where she shamelessly declares: “He hit me and it felt like a kiss [..] Give me all of that ultraviolence. I will do anything for you, babe. I love you forever”. Nevertheless, it is a significant fact that her music style is somewhat decadent, pop, melodic, and sometimes sugar-coated. This contrasts with her transgressive and politically incorrect lyrics.

The ambivalence towards a violence between “soft” and “hard” in today’s society is the proof of a certain indifference or laissez faire, broadly accepted, which is not disregarded by plastic artists. Artists Anonymous are very explicit when it comes to tackle this subject, with an aesthetics of spread and licentiousness, of circus and comic. Rather likely, Yann Leto (Libourne, France, 1979) transgresses in a very irreverent and acid fashion the icons and taboos of today. Ellen Kooi (Leeuwarden, Holland, 1962) is a good example of an underground violence that is usually unnoticed, but that is latent in some of her characters. For her part, Cecilia de Val (Zaragoza, Spain, 1975) deploys an extraordinary ability to tell stories of a peculiar cinematic character, with a disturbing mise-en-scène, and sometimes rooted in the fantasy genre. Diana Larrea (Madrid, Spain, 1972) criticizes the violence behind the repression of the freedom of demonstration. Last but not least, Peio Izcue (Pamplona, Spain, 1974) denounces the immorality of tax havens as countries that shelter the corrupt people and the fraudsters of our time. 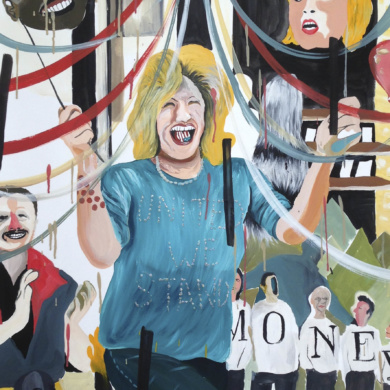 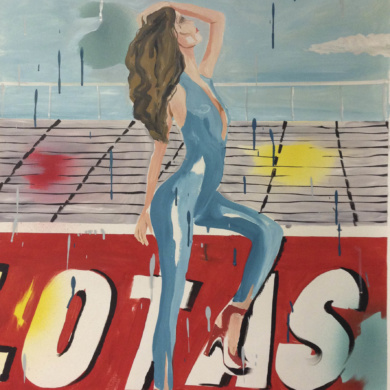 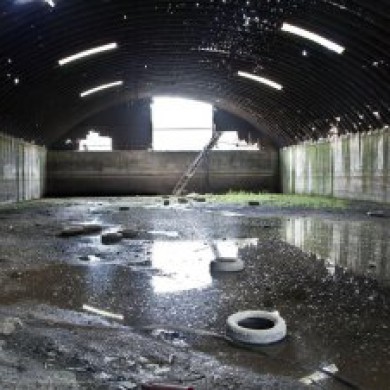 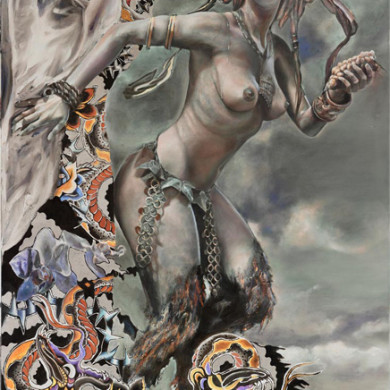 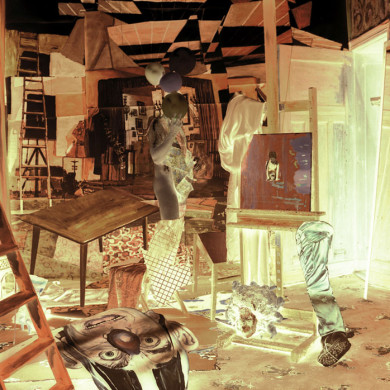 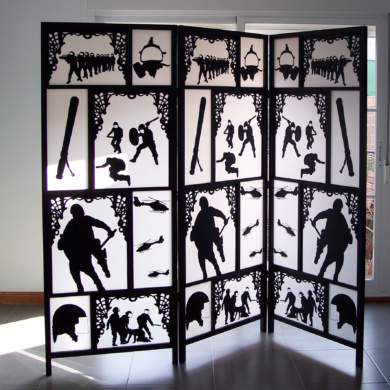 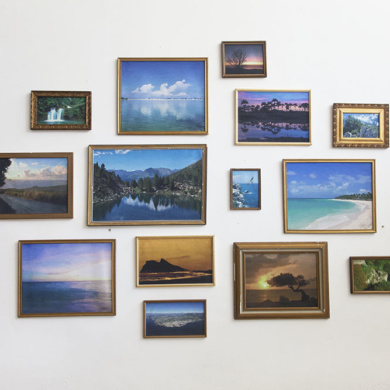