The Helsinki School has become the leading and most innovative school of photography in the world. It is useless to seek a similar look, thematic, style or material among its photographers. The school defines itself by a teaching methodology that considers the camera as a “conceptual tool” and that instructs their students to work the concept of “photographic series”, write artist statements, and constantly reinvent themselves as artists. Thus The Helsinki School does not pursue to create a “photographic movement” as such, not even a paradigm of the “Finnish photography”. However, all its photographers share and work under an aesthetic conception, light and poetics of the (inner and outer) landscape which can be found as very “Nordic”.

Aino Kannisto (Espoo, Finland, 1973) graduated from the University of Art and Design Helsinki in 2001 and currently is one of the most interesting European photographers in the genre of self-portraiture. Her style of representation as a woman, always alone, immersed in apparently anecdotal situations, cannot be more equivocal. Her images irradiate a high-voltage emotional intensity. As being stills from a movie, each image narrates an unsolved enigma aimed to an audience with privileged views: the dream of a voyeur. Each picture features a diverse and unique character, so Aino plays a different role in each work, thus questioning her images being self-portraits in a literal sense. Her visual talent to create electric atmospheres makes words entirely superfluous.

Riitta Päiväläinen (Maaninka, Finland, 1969) graduated in 2002. She started working on the Vestige thematic in 1996 by developing different series such as the ones we exhibit today: “Structura”, “Wind” and “Amori Blue Forest”. Following a sort of child’s game, Riitta builds up installations made of old clothing from flea markets and second-hand shops and that later she photographs in astonishing landscapes. Bringing these two elements together she creates an unusual dialogue. The garments become frozen sculptures that symbolically recreate the aura of their former owners, a call to memory and to lost identity, according to Riitta, “an imaginary meeting”. 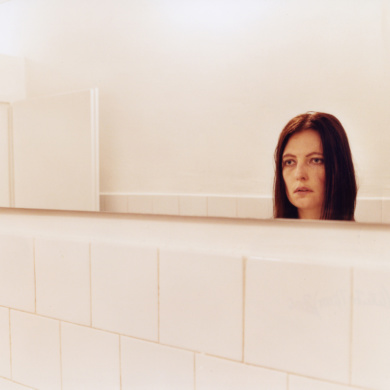 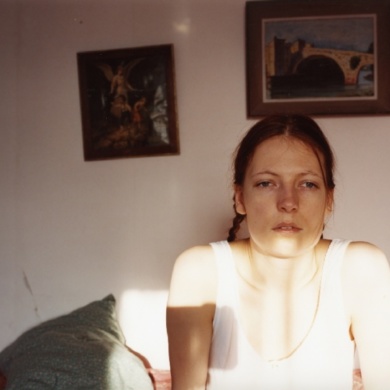 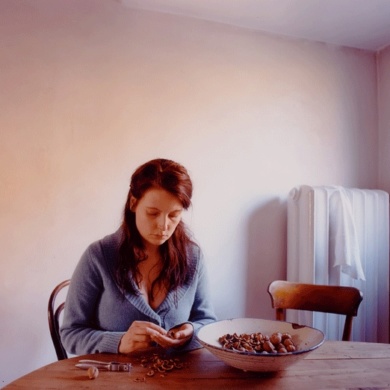 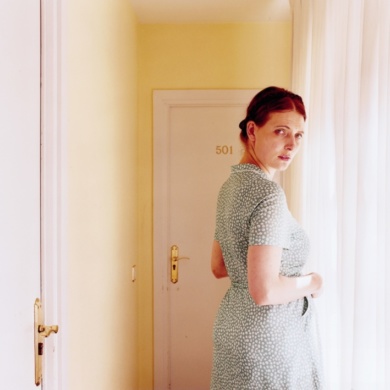 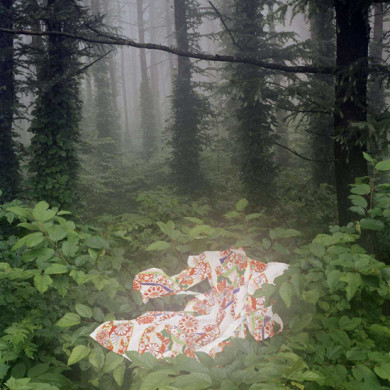 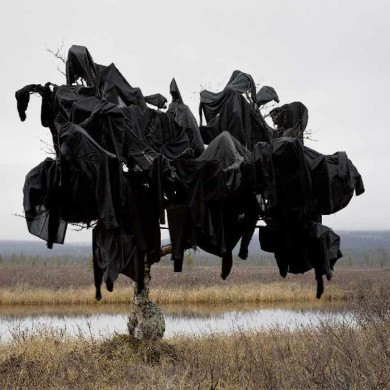 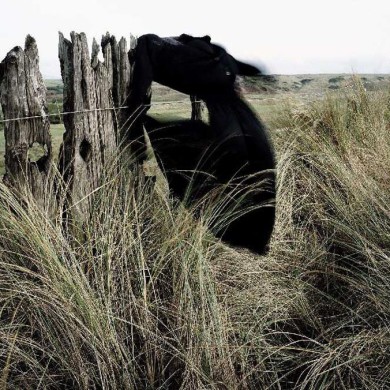 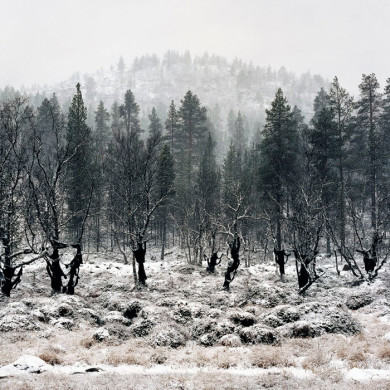