It is as if twelve years have not passed since that click, that flick of the camera shutter, to this one.  Elina Brotherus (1972, Helsinki, Finland) poses in front of her interrogator. With the remote shutter release in her hand, thousandths of a second before triggering the mechanism. What she is going to capture is more than a photograph. Something more than a self-portrait.

In 1999, an organization that promoted emerging artists –Pépinières européennes pour jeunes artistes– invited Elina Brotherus to be an artist in residence at the Musée Nicéphore Niépce in Chalon-sur-Saône, France. Elina produced a series of photographs -entitled “Suites Françaises”- reflecting her interest in landscape photography and self-portraiture, as well as images of her own room at the hostel where she stayed. A number of post-it notes appear, notes on which she wrote words in French with the aim of getting to know a language that she was not familiar with. “Language makes thoughts possible”, said the artist. During her stay in France, Elina Brotherus learnt two languages: French and photography, as a means for self-knowledge.

Those snapshots capture the solitude of someone who has just arrived in a new place. A young foreign artist determining which path to take. That is what we can see in the previous series entitled “Suites Françaises”. In some images she can be seen walking by the Saône, unsure which direction to take or which composition is the right one.

In 2011, she was invited once again to teach in the same town, Chalon-sur-Saône. She insisted on staying at the same hostel where she had resided 12 years earlier. In ancient Greek, return is nostos. Algos means suffering. Therefore nostalgia means the suffering caused by the unaccomplished desire to return. The question is whether Elina ever returned or not. Whether any of us really returns when we re-inhabit a place that we once left. Or whether we should remember Heraclitus: no man ever steps in the same river twice. For this series, Elina photographs the Saône River.

Elina photographed that river 12 years ago when she was an emerging artist. The question is if Elina emerged. Today, as an artist who is over forty years old. She admits that it was easier to pose when she was going through moments of crisis, using her own pain as an alien object, and felt as if art legitimized pain. When we look at her self-portraits, are we looking at her, being painfully honest, or at her posing as a model? She states that the forties are a time of crisis: there are things that you will never do, that you will never be.

“I am not as lost as when I was 27 years old”, the artist confesses. The “12 ans après” series that is now exhibited at the Camara Oscura art gallery relates a transformation, regardless that the place is the same, that the poses are similar, or that the situations are alike. In spite of the coat being the same one. She keeps researching the role of the artist as model, and vice versa, but now her interest shifts towards the form rather than the content. We can appreciate this if we look closely to the relationship between her work and classical painting, or the use of the figure viewed from behind to include the viewer in the scene (a method used by Caspar David Friedrich). And she maintains that interest in capturing the light; she makes notes of observations about the landscape, just as Bonnard did. And the self-interrogation of who retraces one’s steps.

Nostalgia is positive as long as it is a substitute for sadness. That sterile desire to return. The question is if Elina retuned. The answer is that her photography has. 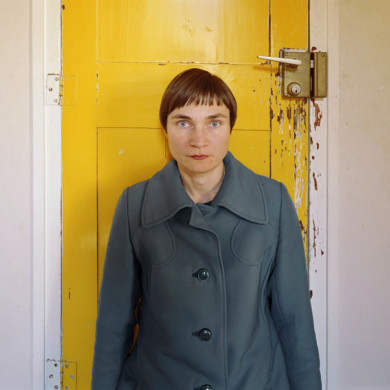 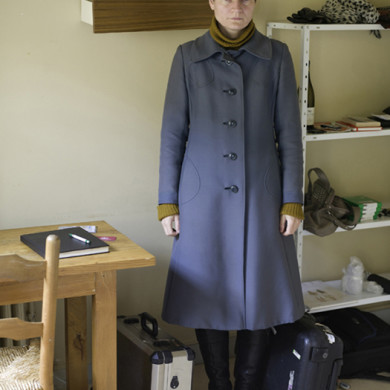 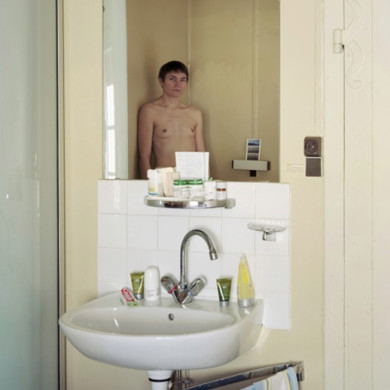 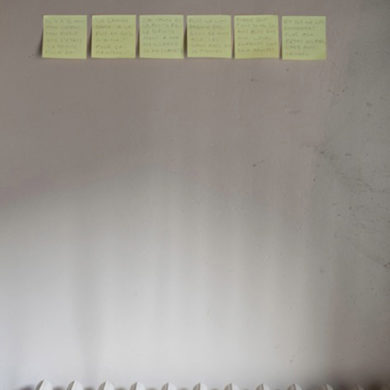 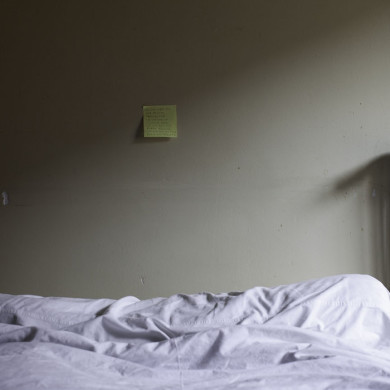 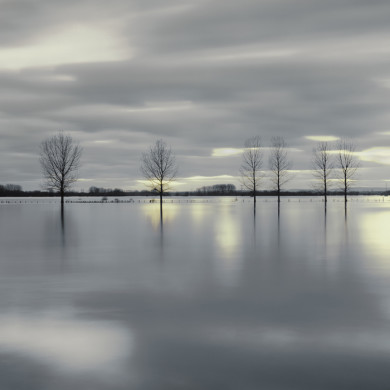 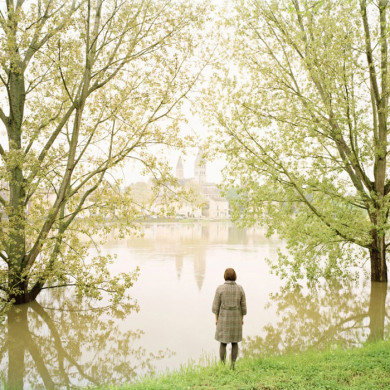 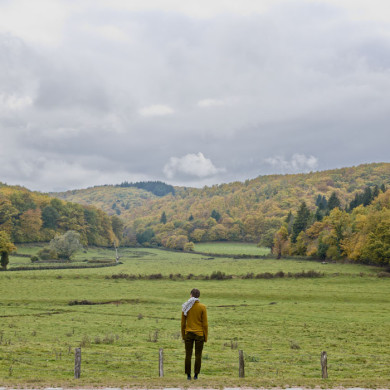 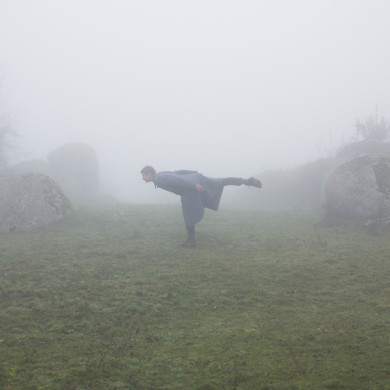 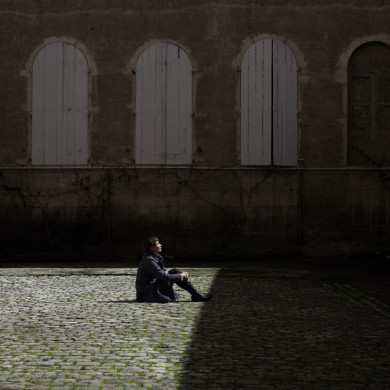