Monte Perdido -‘Lost mountain’- is a legendary peak in the Pyrenees between France and Spain, and at 3,352 metres the highest calcareous formation in Europe. It is unusual in that it cannot be seen from the surrounding valleys, hence its name. In 1787, the geologist and botanist Louis Ramond de Carbonnières (Strasbourg, 1755-Paris, 1827) saw it for the first time from another summit in the French Pyrenees and at that moment began to plan what would be the great undertaking of his life: the study and the ascent of the summit of Monte Perdido, which was not achieved until 1802.

Due to the characteristics of its soil, which is marine sedimentary in origin, and its height, Monte Perdido is also remarkable for its special flora. Its pastoral landscape reflects a way of life based on agriculture that was found throughout the high regions of Europe, but survives today only in this part of the continent. Thus, in the words of UNESCO, it provides exceptional insights into past European society and offers us an exceptional journey back in time.

Certain places try to tell us something, or have said something we should not have missed, or are about to say something; this imminence of a revelation which does not occur is, perhaps, the aesthetic phenomenon: we owe this beautiful definition of art to Borges.

There is no doubt that Monte Perdido is one of those places that wants or is about to tell us something, and this work by Cecilia de Val happily brings us into communion with that message and with the imminence of the revelation that Borges spoke of. The project documents an experimental study carried out over the last two years. A series of photographs taken in the environs of Monte Perdido are subjected to an unusual (un)developing process: they are first developed and printed on fine polyester photographic paper and then immersed in a bath of water at a temperature of between 3 and 5 degrees Celsius to which a few drops of acetic acid have been added before being carefully removed from the solution. As a result of this special process the ink constituting the image on the polyester paper is gradually released from the print and partially or wholly dissolved in the liquid to leave the paper blank, in a kind of inverse process of development and ‘change of state’ of the image. The present work records this whole process of photographic deconstruction and its aesthetic and ontological implications, and in showing the transformation of photographs of various locations on Monte Perdido from a solid state in two dimensions to a liquid state in three dimensions determine a new ontological status for the photograph that calls into question the definition of photography. Hito Steyerl ha said that the poor image tends towards abstraction: it is a visual idea in its very becoming, and the show is composed of a series of new landscapes in a process of becoming which seem to have been cut loose of their referent and one another to become, in their new form, a dance of disconnected particles, as if in an endless search for what they were or an eternal journey to the seed. Imagine groups of tiny prisms, regular but broken, piled up without order … as Ramond de Carbonnières wrote about the fossil sediments of the Monte Perdido landscape. A photographic deconstruction such as this also seeks to delve into a deeper reflection on the meaning of the image and the implications of the dematerialisation of photography in the digital age: images that have gone from being paper in a drawer to algorithms on the Internet or fragments in liquid state.

The figure of Monte Perdido, with its calcareous solidity, its stubborn refusal be visible despite its size and the survival there of traditional ways of life and unique species is bore the starting point and the heart of this work, which seeks to reflect on reality and its representations and that comes to confirm two centuries later, and through criteria that are far from the geology, Ramond de Carbonnières‘s hypothesis of the liquid origin of Monte Perdido. Marine bodies on the crest of the Pyrenees, a marvellous phenomenon! 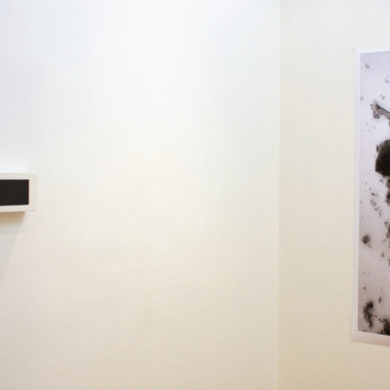 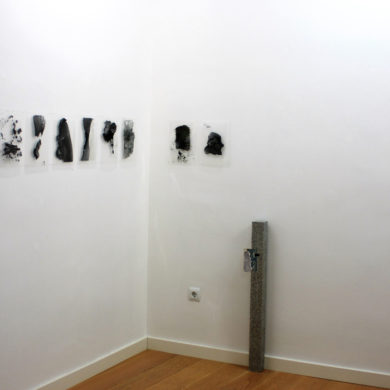 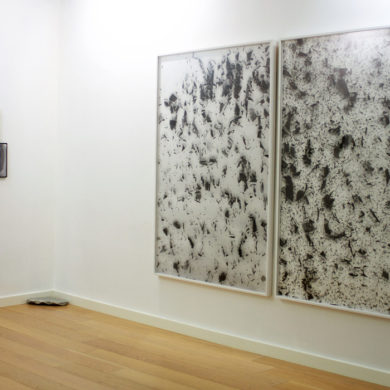 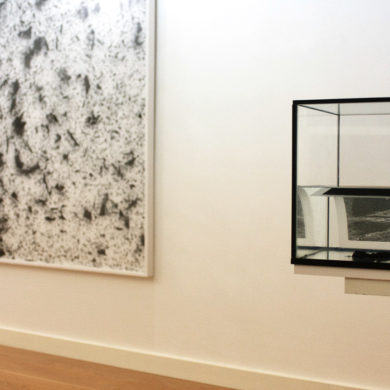 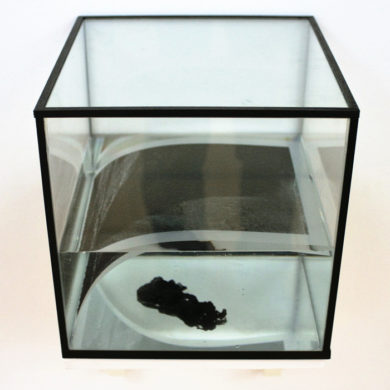 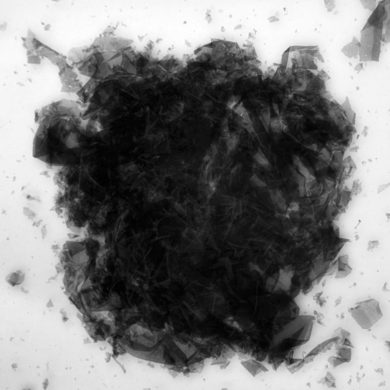 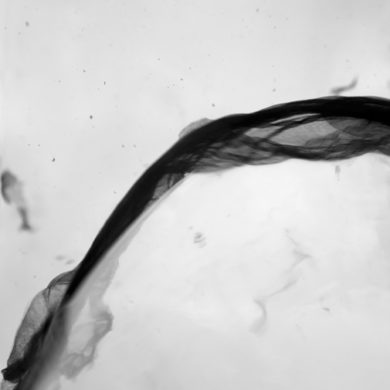 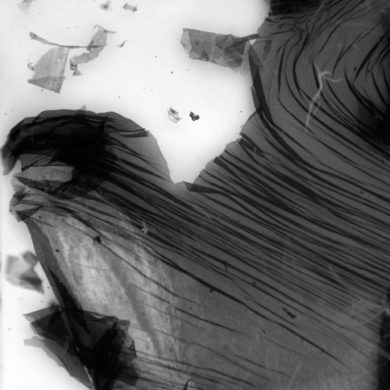 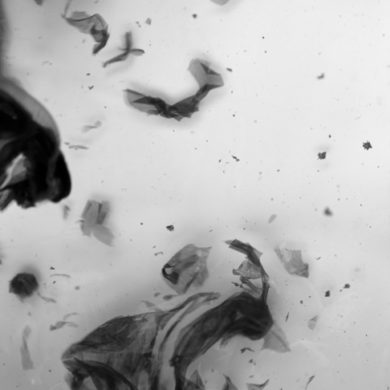 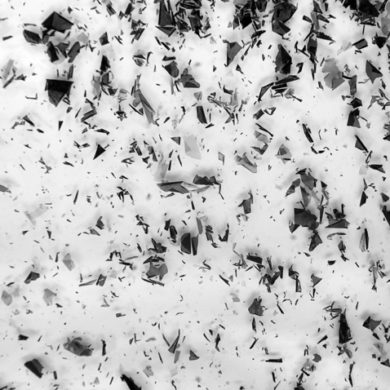 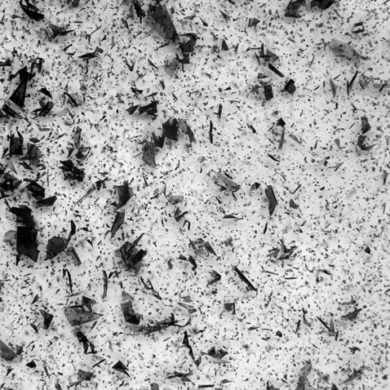 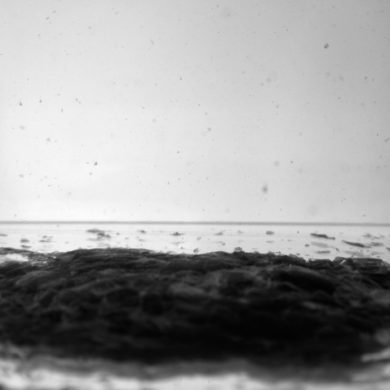 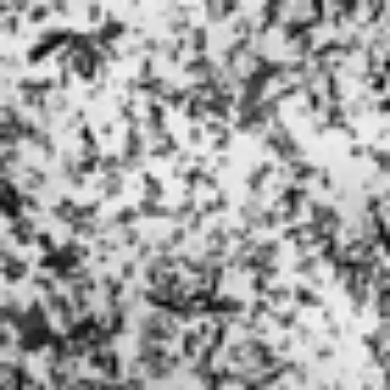 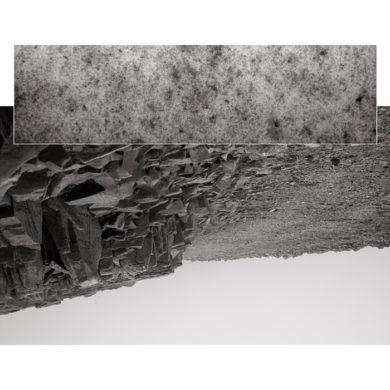 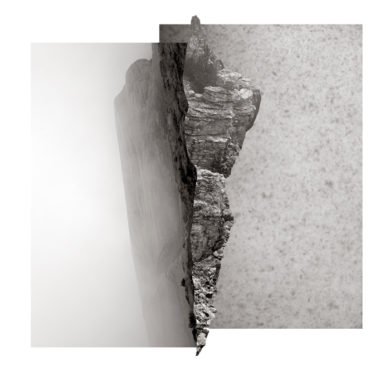 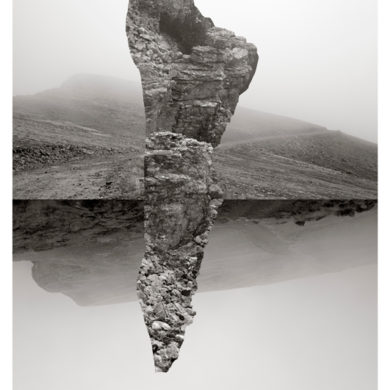 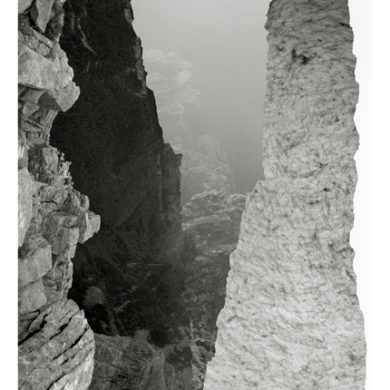 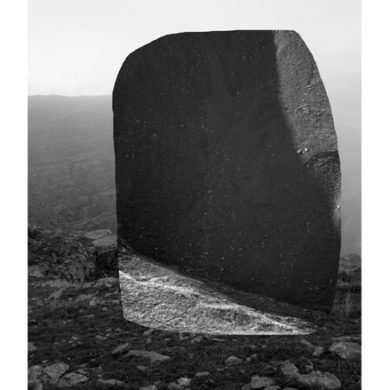 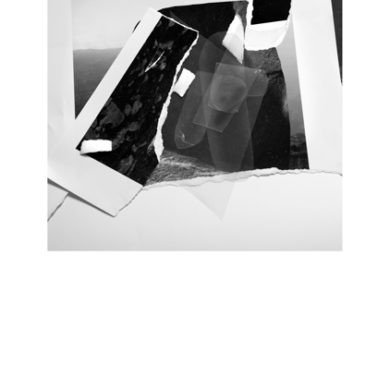 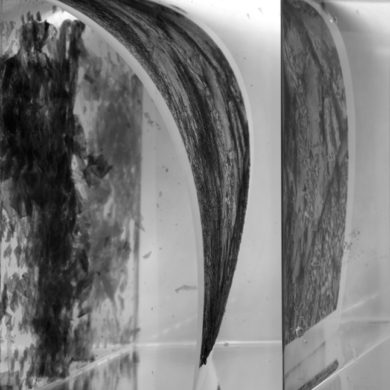 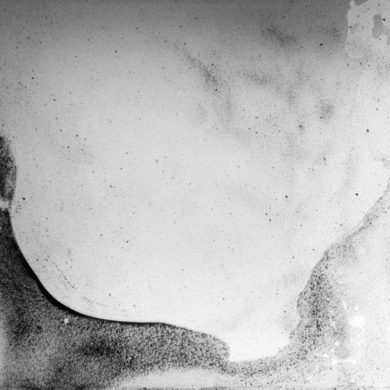 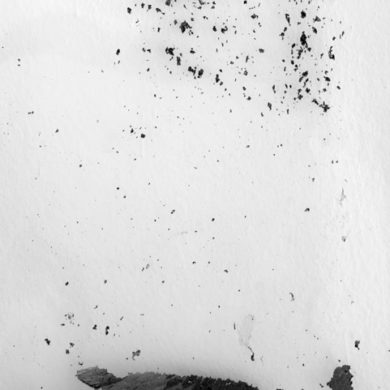