Artists Anonymous is a collective of three artists who live and work between Berlin and London. They exhibited at the Venice Biennial, the Frieze art fair, and the main European capital cities with a great success. Their working process defies the canonic notion of the artist as a solitary and romantic author but favours teamwork and “workshop” in the manner of the Old Masters, thus neutralizing their individuality and respective identities.

Forty-nine almost identical oil on wood portraits, showing a woman’s head changing direction from left to right are the “frames”, or “after images”, for a stop-motion film. Standard 35mm film, which is their starting point, is twenty-four frames per second, so as usual, Artists Anonymous subvert the norm, creating two seconds’ worth of film plus one image, whilst also obliquely referencing an improvement on Richter’s celebrated forty-eight portrait series. The film will be shown alongside a selection of photographic “after images”. The “after image” is one of Artist Anonymous’ key motifs. Drawn from the experience of closing one’s eyes and experiencing the optical illusion of the image continuing to appear in one’s vision after exposure to it has ceased.

In their own words:

“When we are painting, we make sure that the ‘after image’ is as strong as the one we are painting. So it is as though we are making two images simultaneously, one with paint, one with light.” 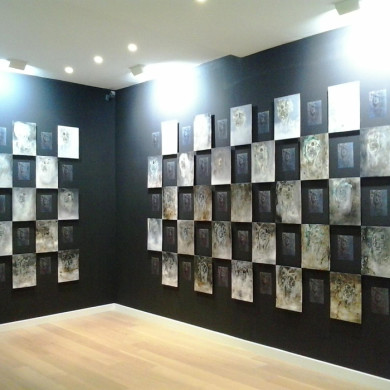 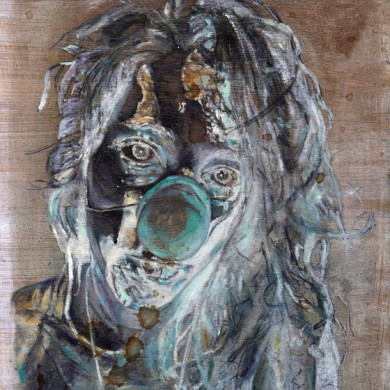